Thoughts From Shah
WHERE DID WE GO WRONG TRYING TO LEAD OUR CHILDREN TO GOD?

A survey released recently by the Public Religion Research Institute (PRRI) says that almost 20 percent of Americans belong to a category that transcends stereotypical religious identity. Any more, almost one-fifth of Americans identify themselves as spiritual and not religious.

On one hand, the study describes religious people as those who frequently attend worship services and consider religion to be an important factor in their personal lives. On the other hand, it describes spiritual people as those who somehow feel connected to something much larger than themselves, particularly, to the world around them and to a higher purpose. According to Tara Isabella Burton, “Often, people who have sought spirituality outside of organized religion have done so because they do not feel that there is a place for them in their childhood faith.”

This is what the study reveals about spiritual people:

They believe spirituality benefits them even if they see that spirituality as being opposed to organized religion. They are generally happier than nonspiritual people. They maintain links with a more formal religious identity and tradition even if they are not attending any services. The single greatest spiritual experience for this group is music.

To them, spiritual experiences can occur in unlikely places like artistic practices, nature, meditation, yoga, and personal ritualistic acts that provide similar feelings of transcendence. Yet they crave community, one thing that their solitary ritual practices are not able to provide them. 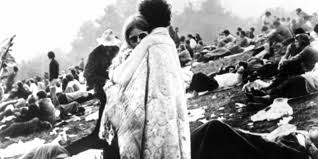 This study reminds me of the counter-culture movements of the 60s and 70s. At the time, many young people were running away from anything organized, especially religion. Yet, in the midst of all that running away, which included sex, drugs, and rock n roll, there was also an absolute longing to belong. And God used that longing to start the Jesus People movement.

“I am NOT religious! I’m a follower of Christ.” “Christianity is not a religion. It’s the way of life.” said many of the Jesus People. For us, (I became a follower during the movement) to follow Christ was a spiritual journey and not just following a set of mandates. However, eventually, most of us left the spiritual journey and along with our organizations/denominations, became so religious that today’s spiritual people are running away from us.

Where did we go wrong? How did we, the epitome of all that is spiritual, end up leaving our spiritual path and instead follow a set of rules and directives that our Christian communities/denominations had set for “true” followers of Christ?

Please don’t misunderstand me. I believe in rules and directives. I also know that many of today’s spiritual people don’t like organized religions/church because they want to live their lives free of any accountability, which requires some level of commitment to an authority. But I also believe that we have gone wrong.

During the Jesus Movement, we were like children who were in constant awe of the

Creator. In the process of growing up, we lost the ability to wonder about God. We got so caught up in everyday affairs that our astonishment at Christ got pushed into the background. We became comfortable with replacing the awe and wonderment of the Divine with our rules and directives or to put it bluntly, SYSTEMATIC THEOLOGY.

At one time, Christ and everything about him was new, something that gave rise to astonishment, but today, we accept him as a matter of course. Where in fact, this is where the followers of Christ should be a notable exception. A follower of Christ should NEVER quite get used to God. To him/her, God should continue to be unreasonable, bewildering, mysterious, and even enigmatic.

We need to decide if we are still children in awe of our Father or a bunch of grownups content with our limited knowledge of the Divine. If we’re no longer astonished by who God is, but more interested in keeping the status quo through our systematic theology, creeds, directives, and rules, then we are on thin ice. And we should no longer wonder why our young people are walking away from our churches in search of something bigger than their parents’ God.