Thoughts From Shah
Does Quoting Scripture At People Solves Their Problems? 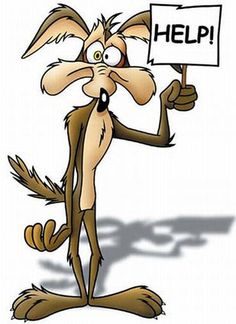 My two little dogs were going crazy in the backyard. They were barking alarmingly and jumping at the back fence. Something was up! This was not a normal behavior for them. So I went to where they were, looked over the five-foot cinderblock fence, and saw six coyotes standing on the other side while one was jumping up and down to see what was in my yard. They knew my dogs were there, but were trying to scope it out to see if they could get over. I yelled at the coyotes, but they barely moved, so I threw rocks at them and they ran away. I’d been told many times that animals will not jump over fences if they don’t know what’s on the other side, but these coyotes proved me wrong.

The next day I was talking with a couple of neighbors about what had happened, and I asked them if they’d ever heard of coyotes trying to jump over fences. Instead of answering my question, one of them said, “We live in an area with all kinds of wild animals; it is our responsibility to keep our dogs safe.” REALY!!! Luckily, my first thought didn’t come out of my mouth, but I thought, “I have taken care of these dogs for more than five years and you think I don’t know that?” How was her comment helpful? It wasn’t.

This reminded me of another conversation I had with some friends who are long-time Christians. I was telling them how for years I have prayed to be less prideful. I related how God has been able to lessen it considerably, but recently it reared its ugly head, and I struggled with it once again. Immediately, one of my friends said, “Pride goes before a fall.” Of course, quoting Proverbs 16:18. REALLY!!! “After living as a Christian for more than 20 years, do you think I don’t know that?” I asked. My other friend then related to us how he too has prayed for more than 40 years for God to take away his anger. Yet, it is something he continues to struggle with. Now we could have quoted to him Ecclesiastes 7:9: “Do not hasten in your spirit to be angry, for anger rests in the bosom of fools.” But would it really help? I think not.

I must admit, I am more readily willing to share my struggles with my friend who related his own struggles than the one who quoted Scripture at me. Often, quoting Scripture at people, especially those who’ve been followers of Christ for a long time, alienates them, and shuts them down. They often feel invalidated, rejected, unsure about themselves, and sometimes even about their relationship with God. Just because I know Scripture doesn’t mean I am not human. I am still fallible. I still make mistakes. I still fall short. I believe both friends wanted to help, but only one showed empathy, and it wasn’t the one who quoted Scripture.

As a bit of subtle irony, I will quote Scripture here, “Though I speak with the tongues of men and of angels, but have not love, I have become sounding brass or a clanging cymbal.” To simply quote a Bible verse at someone as if it is magically going to solve some problem, comes across way too often as sounding brass. Don’t get me wrong the Bible is great for instruction and guiding our lives, but to think we can merely quote it to solve another person’s problems misses the mark. It removes us from having empathy toward one another.

Recent research has shown that our society is losing its ability to empathize. Over the past 20 years, among college-age students, empathy has decreased 40 percent, and the greatest amount of decline has happened within the last 10 years. This is not a problem only among younger people, it affects us all. You might think this is due to more and more people not going to church, but the culprit is digital technology, namely our cell phones. As a society—yes, church goers included—we are communicating less and less in person. We are losing our capacity to show empathy. We are losing our ability to connect meaningfully with other human beings.

Going back to the conversation with my two Christian friends, by admitting our struggles to one another, it didn’t give us license to feel free to be more prideful or angry. Instead, we connected in our humanness, knowing full well that we will continue to try to be the best people we can be each day. In other words, we empathized with one another. In our society that is losing its ability to connect in a humane way, what a great time to love people, empathize with them, and make a human connection. To me, this is what means to be the light and salt of this world. What better way is there for us to be witnesses of God’s love than to empathize?