Thoughts From Shah
How Do You Disciple An Ex-Muslim? 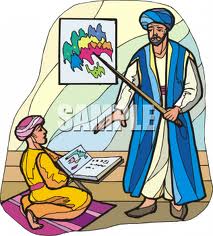